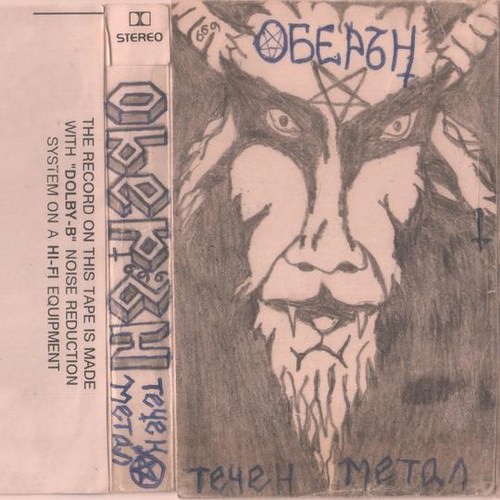 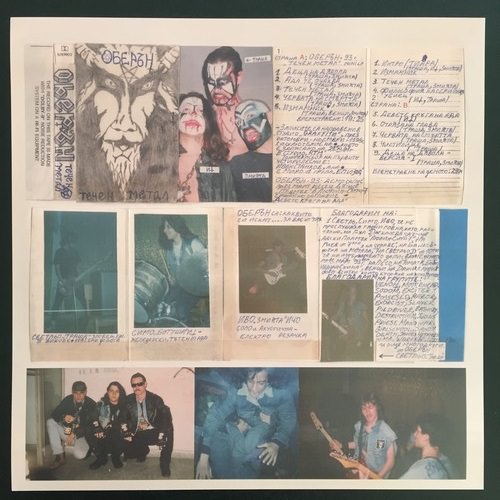 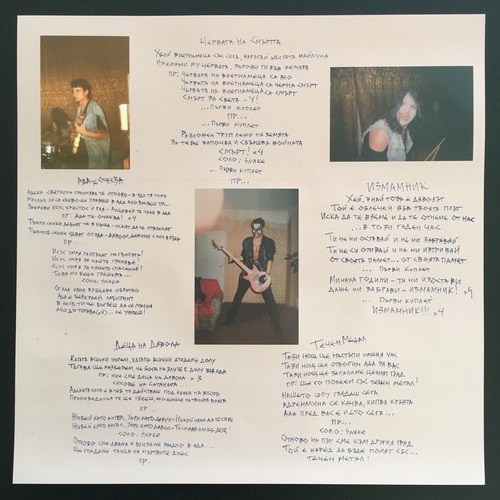 (Description by C. Conrad)
Continuing in the label’s tradition of reissuing obscure metal gems extracted from the Eastern European underground of the 1980s and 1990s, Nuclear War Now! is proud to announce the vinyl LP release of Oberon’s “Течен метал (Techen Metal/Liquid Metal),” a fourteen-song collection of demo and rehearsal tracks recorded between 1991 and 1993. Oberon (ОБЕРЪН) was a short-lived trio from the slums of Sofia City, Bulgaria, whose style of black metal was in part influenced by their European ancestors in bands like Venom and Sodom. At the same time, their music was also thematically inspired by the atrocious conditions of life in the post-Communist ghettos of their homeland. Comprised of Svetlyo “Thrash” (sinister bass and screams), Ivo “Snake” (chainsaw and axe), and Simo “It” (iron thunder from hell), Oberon’s output was characterized by the desperation of its historical and political context as well as the teenage aggression of its members. The first four songs presented on this release are studio recordings from late 1993, which represent the band at its evil zenith, prior to its imminent dissolution. The fifth track, “Измамник,” is the earliest pre-Oberon recording from 1991, when the band went by its original moniker of Стомана (Steel). The remaining nine tracks were recorded at a rehearsal in a community center in March of 1993. Whereas certain songs, such as “Деца на дявола (Devil’s Children),” demonstrate the more conventional, thrash-oriented influence of the previously-mentioned Sodom, others are much more primitive and unorthodox and are actually somehow more reminiscent of the unique Colombian sound developed by the likes of Parabellum, Reencarnación, and Blasfemia in the late 1980s. In an effort to remain consistent with the spirit and aesthetics of the band, the cover art on this reissue is the very same goat/demon visage pencil-drawing that adorned the original cassette demo, which perfectly reflects the evil austerity of the music itself. As a result, this reissue highlights and once again makes available an artifact of Eastern European metal history that must not be forgotten.