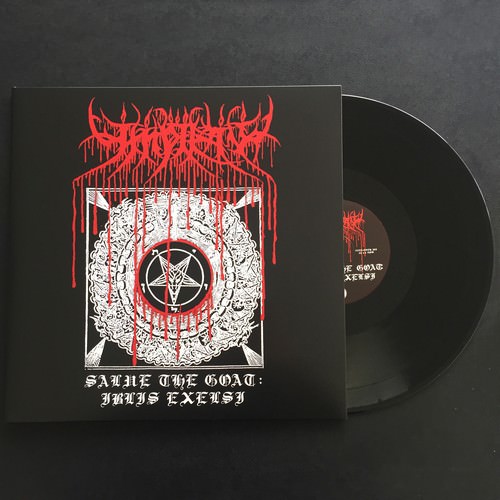 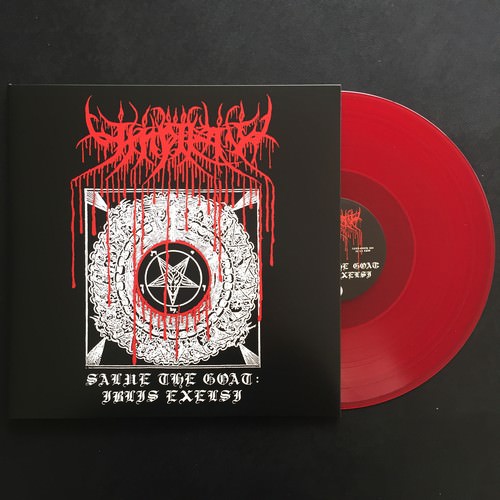 (Description by J. Campbell)
After nearly three decades of activity and dozens of releases, the influence of Singapore’s Impiety is undeniable. The band began in 1988, operating under the name Sexfago, an obvious nod to the Brazilian progenitors of the style. At the time, Sexfago was a duo consisting of Goatlord Cunt-Shredder & Goatvulva Lacerator (aka Shyaithan) on guitars and vocals and a drummer known as The Third Fallen Necro-Angelfornicator, who was also a founding member of Abhorer. In 1990, Sexfago assumed the name Impiety, signaling a shift away from playing predominantly covers and toward establishing their own sound. With the same two-man lineup, Impiety recorded and self-released their first rehearsal demo in 1991, which was limited to just 30 copies. This recording, reissued here for the first time, shows the band in its primordial state, foreshadowing what was to come. The following year, having recruited a second guitarist, known as Xul. Desolated Demon of Plutonic Lust (who later played in Itnos), Impiety recorded the now legendary “Ceremonial Necrochrist Redesecration” demo, which along with Abhorer’s earliest recordings, remains among the most bestial emanations of death worship Asia has ever produced. Blasphemy’s influence is apparent from the outset with the use of a keyboard introduction that calls to mind the intros and interludes on “Fallen Angel of Doom.” It is important to recognize, however, that Impiety were not merely fans of Blasphemy; they were comrades and contemporaries of the Ross Bay Desecraters. Indeed, Cunt-Shredder was in regular contact with Black Winds in that early era, and Blasphemy thanked Cunt-Shredder on the “Gods of War” LP. Most importantly, like Blasphemy, Sarcofago, and the other early Black/Death pioneers, Impiety understood the craft of songwriting. Amid the recklessness and chaos of the sound are melodies and structure. With the release of the “Salve the Goat…Iblis Exelsi” EP on the Dutch label Shivadarshana Records, Impiety perfected their early sound. With the recruitment of new guitarist, Leprophiliac Rex, the band’s riffs and song structures became more intricate, but the production remained coarse and sadistic. Thus, the “Salve the Goat…Iblis Exelsi” EP represents the apex of the early Impiety sound. With this collection of recordings, all newly mastered from the original tapes, one hears, for the first time, the band’s stylistic evolution, and these recordings demonstrate the furious force of Impiety in their most intensely bestial phase.

Posted on December 25th, 2017
Written by Insulter
Filed under Uncategorized