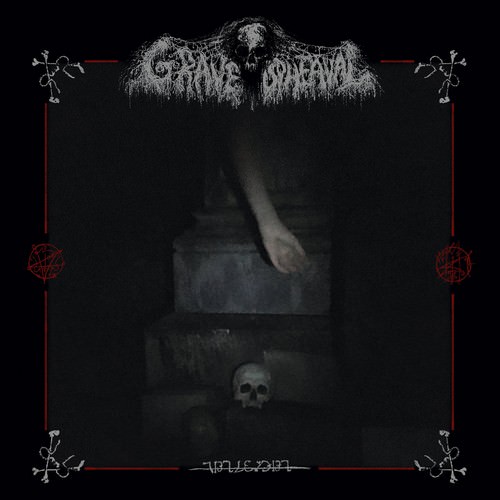 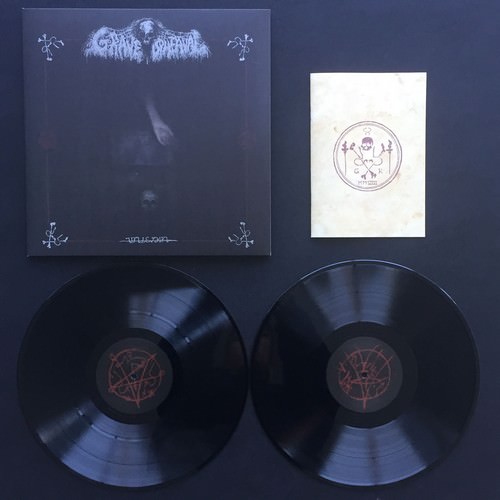 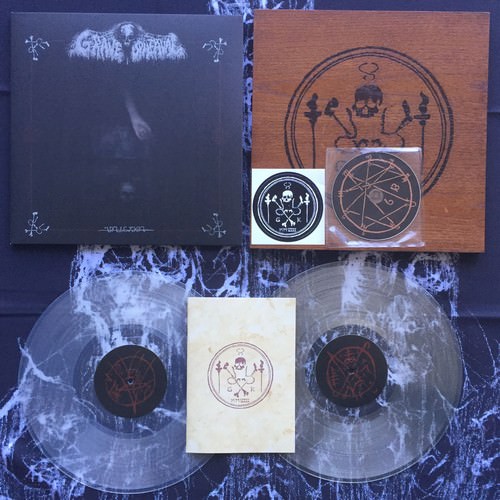 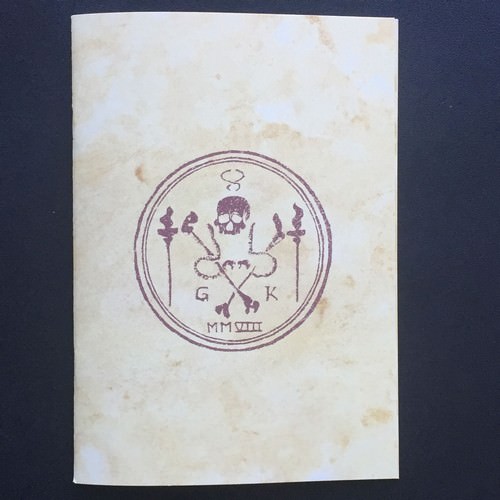 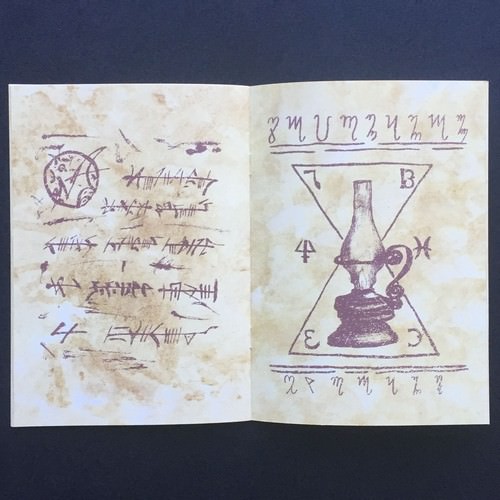 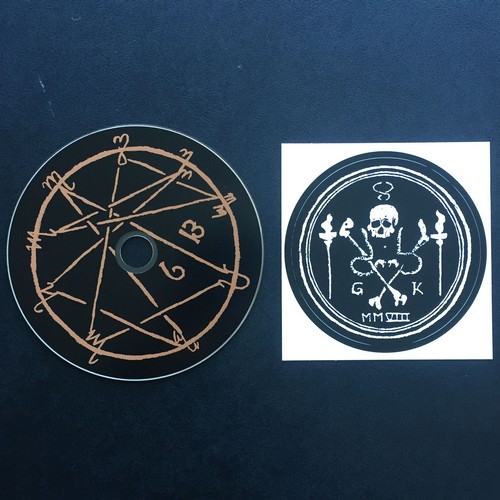 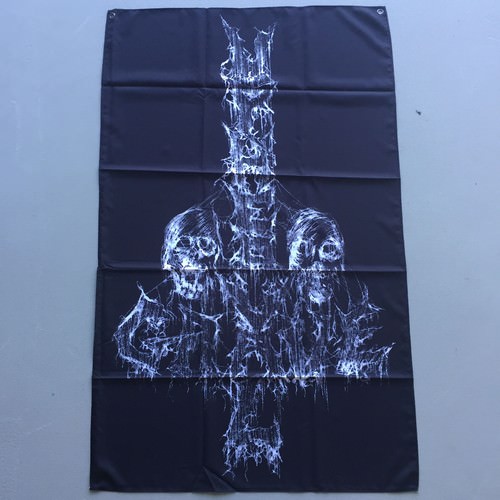 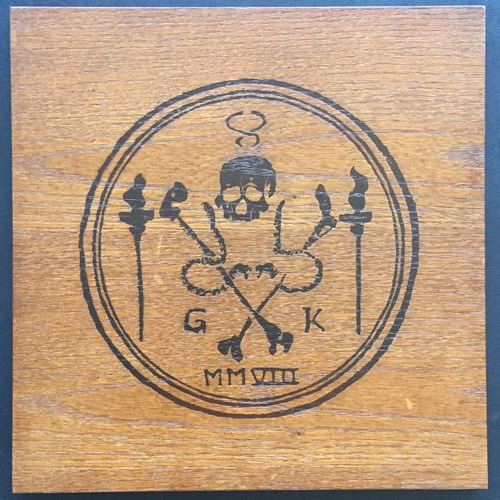 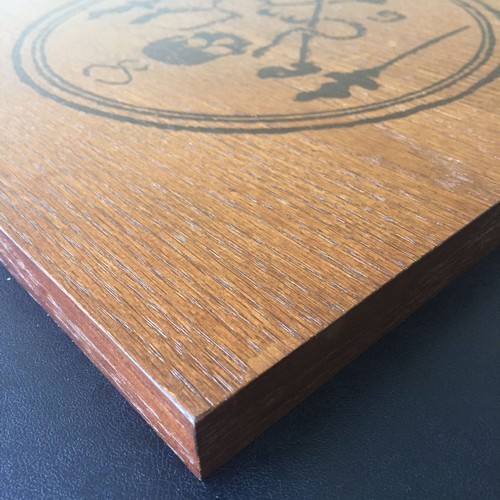 (Description by J. Campbell)
Grave Upheaval opened the black womb with their 2010 demo and further excavated the catacombs with the following split EP releases and 2013 debut LP. This latest offering—the band’s first release in five years—demonstrates evolution without abandoning the signature elements that have defined its sound thus far. Once again, Grave Upheaval creates a dense, chthonic, death-laden atmosphere, and this album preserves the air of mystery and anonymity surrounding the band. There is no discernible album title, just an array of sigils scrawled on the cover and throughout the booklet. Grave Upheaval emerges from the shadows, albeit only slightly, with clearer production than previous efforts but with a sound that remains draped in malevolent ambience. The same hazy, hallucinatory effect that characterizes all of the band’s previous work remains intact, but the tonality of the riffs and structural elements of the songs are more vividly apparent. The sound is spacious, yet enclosed, like terrified screams reverberating through halls of death. Compositionally, the album shows the expansive sweep of Grave Upheaval’s abilities: long, slow, and sombre Death Metal punctuated with passages of savage ferocity, faithless movements among (un)holy sites with a devotion to nothing except the majesty of lifelessness. Structural and temporal inversions abound, with the guitars played furiously in comparison to the slow motion of the percussion, or vice versa, giving the songs a stretched-out effect, like ghostly movements captured in time-lapse photography. The compositional and stylistic variations are arranged in such a way as to keep the album intriguing and unpredictable, making this one of the most impressive Death Doom albums since diSEMBOWELMENT’s “Transcendence into The Peripheral.” Perhaps what most sets Grave Upheaval apart from their contemporaries is the ability to cultivate atmosphere, making the record more experiential for the listener. It is not a passive setting; the music engulfs the listener in an environment, one that is oppressive, ominous, and devoid of light—the spectrum of colour is reduced to infinite blackness. A nullity and an emptiness. One hears the beckoning call of the seething, faceless void. The black womb opens again…

Posted on April 12th, 2018
Written by Insulter
Filed under Uncategorized