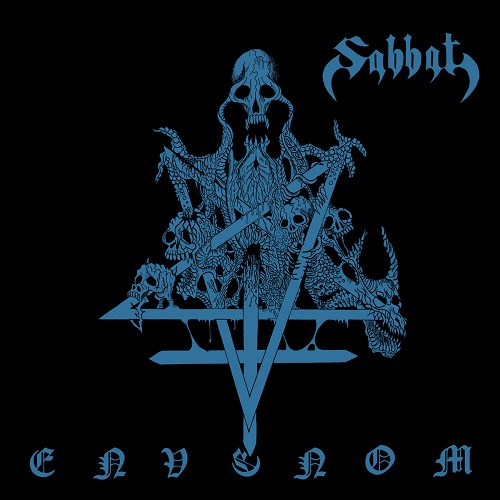 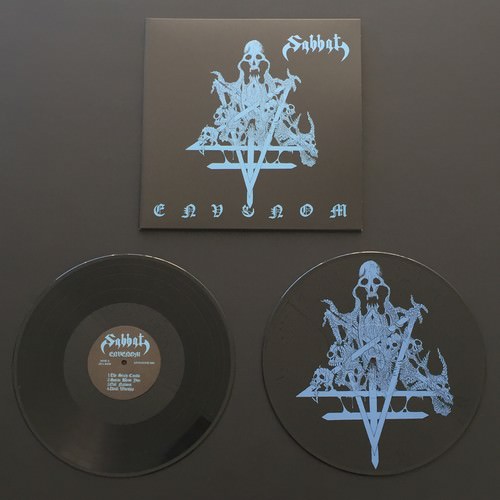 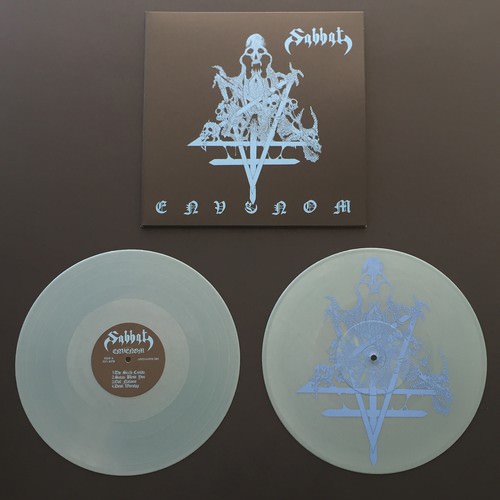 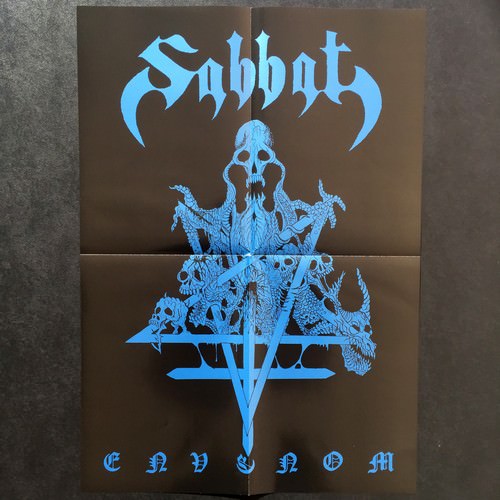 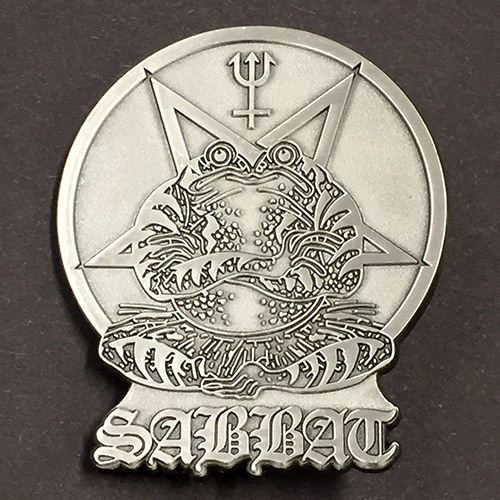 (Description by C. Conrad)
Nuclear War Now! Productions is once again proud and honored to continue its longstanding relationship with the incomparable Sabbat in releasing the American vinyl reissue of the band’s debut full-length masterpiece, “Envenom.” This release is the latest product of a working relationship between band and label that spans almost fifteen years and appropriately follows up on the 2014 “Sabbatical Earlyearslaught” box set, which resurrected the material recorded under the monikers of the band’s prior incarnations as well as Sabbat’s classic first five seven-inch EPs, two demos, live/rehearsal recordings, and a rough mix of this same album. Originally released on CD by Evil Records in 1991, “Envenom” represented the culmination of work and dedication to the band’s craft that founding members Gezol and Elizaveat had initiated in the early 1980s and carried through multiple band name and lineup changes over the course of nearly a decade. In retrospect, the album also marks a significant transition in the band’s long history, as it is both the first studio recording that includes current drummer Zorugelion and the final significant recording that features longtime guitarist and songwriter Elizaveat. The music on the album heavily bears the hallmark of Elizaveat’s role as a songwriter and musician, as the songs within are clearly characterized by a combination of influences from bands like Iron Maiden and others from the NWOBHM movement that typified Elizaveat’s songwriting throughout the course of Sabbat’s formative years. Songs such as “Devil Worship” borrow notably from the NWOBHM recipe book with multiple, contagious riffs and copious doses of laser-sharp guitar leads. At the same time, there is also a pervasive element of darkness throughout, which would logically lead one to consider this a prime example of first wave black metal. Elizaveat’s important authorship role notwithstanding, Gezol’s own songwriting inclinations manifest themselves in higher-tempo, thrash-oriented tracks such as “Eviler” and “Carcassvoice.” Additionally, Gezol’s adeptness as a bassist is particularly salient on songs like “Deathtemptation,” in which he is not simply content to mimic the guitar lines or root notes of each chord, but rather he plays the instrument like a lead guitar with flourishes that at times rival the guitars for the listener’s attention. Perhaps equally striking is his vocal performance, which is noticeably deeper, throatier, and more possessed than it tended to be on earlier recordings. Also present are his trademark double-tracked vocal lines in both the aforementioned low-register pharyngeal growls and higher-pitched, cacophonous incantations. In a foreshadowing of many recordings to come, this album also presents Elizaveat’s successor on guitar, Temis Osmond, who was invited by Elizaveat himself to contribute the solo on “Deathtemptation” in addition to the keyboard instrumentals “Bewitch” and “Reminiscent Bell.”
Although “Envenom” has been reissued several times on a variety of formats since its original CD pressing on Gezol’s own Evil Records, this current version made available to the American market has gone a step further in enhancing the audio and reproducing the visual aesthetic of the original to the greatest extent possible. With the goal of maximizing the sound quality for an album of this length, the track order was rearranged by Gezol himself in order to be pressed on three sides of a double-LP. The fourth side of the vinyl boasts a screen-printed image of the same iconic Elizaveatian artwork that also adorns the cover. Every attention to detail was given to ensure that the layout represented the Evil CD version as faithfully as possible, from the blue ink on black background to the rotated ‘e’ in the title on the cover, which harkens back to Gezol’s painstaking effort in using rub-on letters on the original layout. In sum, this release ensures that the first album in Sabbat’s historic discography is properly immortalized for the legions of the band’s zealous fanatics, and it serves as a harbinger of more Sabbat album reissues to come from NWN! in the coming months.

Posted on January 24th, 2018
Written by Insulter
Filed under Uncategorized