Rites of Thy Degringolade “The Blade Philosophical” LP/CD Out Now 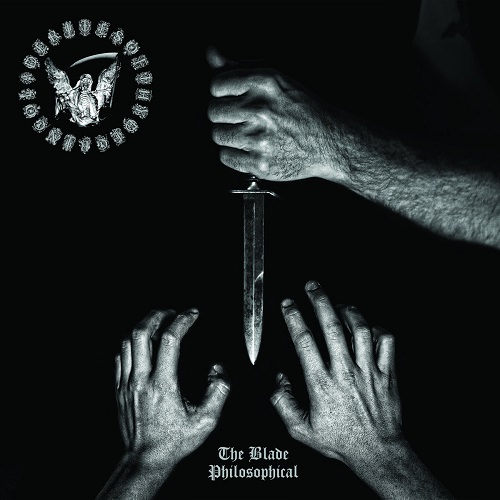 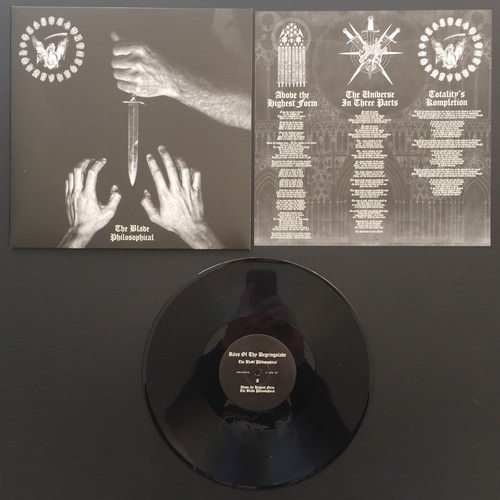 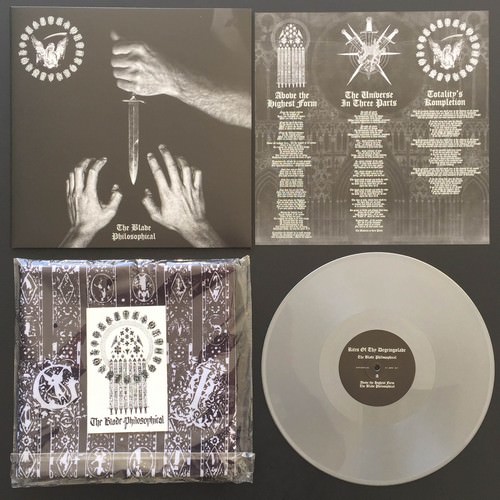 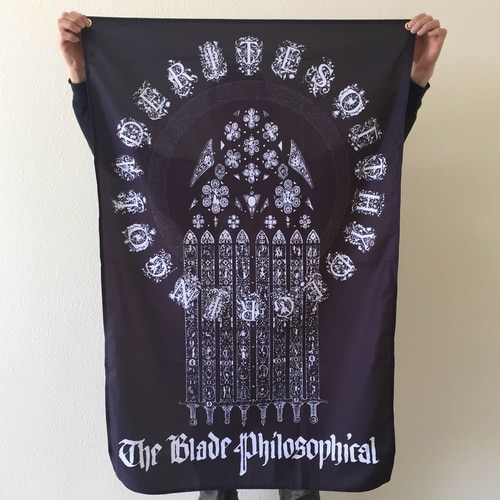 (Description by J. Campbell)
Anyone familiar with the history of extreme metal in Canada must acknowledge the importance of Edmonton veterans Rites of Thy Degringolade. Originally conceived in 1997 as a solo project by Paulus Kressman, known at that time for his phenomenal drumming and vocals for Sacramentary Abolishment (who would evolve into Axis of Advance following Kressman’s departure), the earliest Rites recordings were solitary, experimental endeavors. The self-titled 1999 demo and the debut album, “The Carytid,” from 2000, feature Kressman handling all instrumentation. With the inclusion of guitarist J. Wroth in 2001, Rites became more powerful and precise. Over the next several years, the duo recorded and released the legendary “Totality” album, the follow up “Totality’s Kommand” EP, and the split with Portal, entitled “Our Dreadful Sphere.” Kressman and Wroth then recruited Malevolus (Godless North, Gloria Dioboli) for the recording of the third album, “An Ode to Sin,” which the band elected to release on NWN! just as the label was beginning to establish its own prominence in the underground. That lineup wouldn’t last, however, and by 2006, the band was dormant, with Kressman focusing on other projects for the next decade, including Warmarch, Weapon, and Gloria Diaboli among others. It was, therefore, an unexpected and welcome development when, in 2015, Kressman and Wroth reunited to resurrect Rites of Thy Degringolade, along with new members, guitarist N.K.L.H. (Antediluvian, Weapon, Amphisbaena) and bassist C.W. to perform at the Covenant Fest in Vancouver. The band persisted and with this lineup—the fullest in the band’s history—Rites set about recording their first album in 13 years. “The Blade Philosophical” is at once a recapitulation of the band’s earlier work and a continued expansion of the boundaries of extreme metal. It is, in the truest sense, a real album, with common sonic and thematic threads woven throughout, drawing the tracks together into something cohesive and whole. Conceptually, the album is an exposition of the themes that permeate the band’s entire body of work. While many details of the philosophy of Rites remain obscure, the overarching premise emerges: the exaltation of the self—the cultivation of the individual will—to disrupt, navigate, and ultimately control the ever-flowing streams of determinism. “The Blade Philosophical,” Kressman elaborates, “is the study and catharsis in the constant state of will—deterministic all, and the self as creator and destroyer.” The sound of Rites has always been distinctive—the band is one of a handful that can be honestly characterized as unique. On this album, the full spectrum of the band’s sound is on violent display. Kressman’s frenetic percussion and the low-end guitars form a tangled and tense knot at the core, that is draped and gilded with shimmering contrapuntal melodies delivered by Wroth and N.K.L.H. The organic fibers of Rites’ sound remain in omnipresent tension with the grinding mechanistic and boldly physical elements. The sprawling universe suspended in death-black paralysis. The misshapen spine of the cosmos dissected in the mind of man. “The Blade Philosophical” is a controlled descent into the orgiastic field of rape and disorder called the world and the corresponding ascendency of the individual from within. The release of “The Blade Philosophical” signifies more than just the band’s return to recording; Rites is currently preparing to embark on its first major-scale European tour (24 dates), and will be playing various fests in 2018 and beyond. NWN! is supremely honored to present this monumental return to form by one of the greatest bands of the last several decades.

Posted on February 20th, 2018
Written by Insulter
Filed under Uncategorized