Nuclear War Now! and Iron Bonehead Productions are proud to announce the further expansion of an already significant partnership through their joint effort to present the inaugural Never Surrender Fest, to be held in Berlin, Germany, in November of 2018. Having collaborated in the planning and execution of the five Nuclear War Now! Fests between 2009 and 2016, this new festival reaffirms the labels’ alliance as one involving equal partners by providing a venue in which thirteen bands from each of their rosters will perform. In this way, each label will showcase a variety of bands that collectively represent the quality and variety of metal that each has sought to proliferate through the course of their respective histories. Given the level of attention to quality in every detail that has characterized the success of the now-dormant NWN! Fests, it can be assumed without any doubt that this new fest will surpass what had become a biennial staple in the worldwide metal scene. Over the course of the coming weeks, NWN! and IBP will announce invited bands as they are confirmed. Start making arrangements now to attend what promises to be the most mandatory event in the metal underground of 2018!

Confirmed to appear at Never Surrender Fest Vol. I: 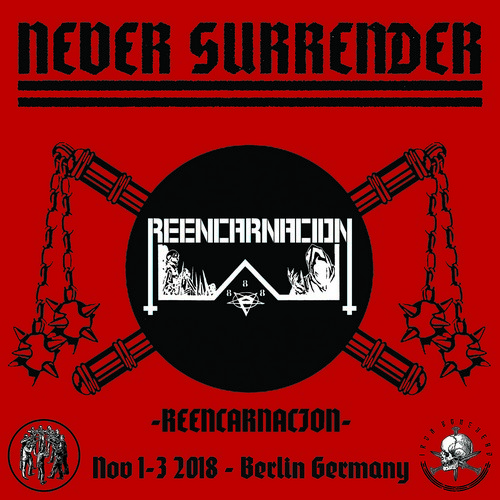 REENCARNACION: Medellin ultra metal legends will perform their legendary 888 album in its entirety. First gig ever in Europe! 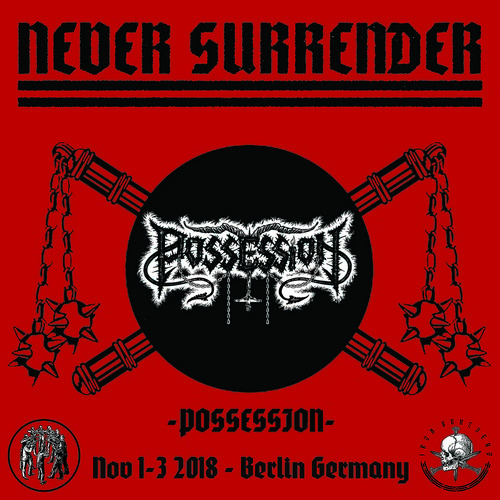 POSSESSION: One of the most lethal black metal cults of modern times, now confirmed for a special appearance. Even more violent and visual onstage, this will surely be a ritual like no other! 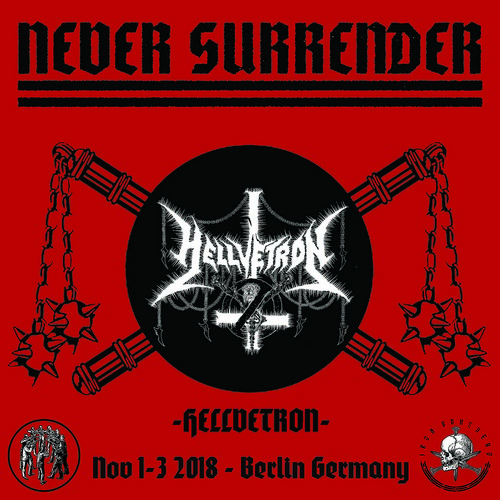 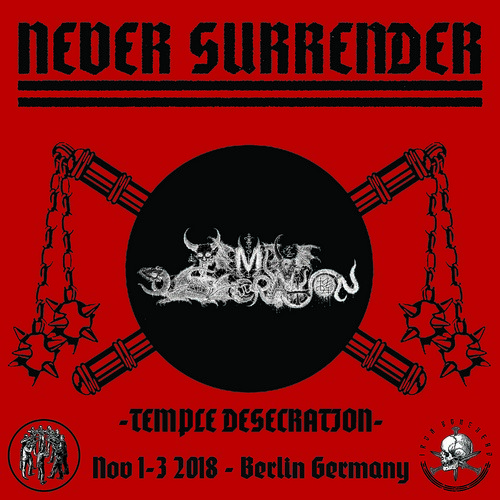 TEMPLE DESECRATION: This Polish black/death coven will be unleashing their highly anticipated debut album for Iron Bonehead this summer, and will take these desecrations and older ones to the stage for their exclusive performance here, surely unleashing the beastiality that’s endeared them to diehards the world over!

VASSAFOR: New Zealand’s titans of dreadnought black/death will bring their world-eating abyss to Germany for an exclusive performance. Prepare to be drowned or smothered by their vortex – or both!

KHTHONIIK CERVIIKS: The new masters of mind-bending black/death alchemy are evenmore diabolical onstage. Prepare to have your circuits fried!

SABBAT: Exclusive European performance from the Japanese masters of Blacking True Metal. Be sure to attend for Satan and Sacrifice!

TEMPLE NIGHTSIDE: Exclusive European performance by this Australian black/death cult. Bound to bury you in caverns of decay!

FAUSTCOVEN: After years of silence, the Norwegian black doomers are back with a new album due out later this year on NWN!

JORDABLOD: First live performance by these Swedish black metal mystics. The veil of mystery is about to be lifted – not to be missed!

GRAVE UPHEAVAL: The return of the uncategorizable amorphous death rumblers from Australia. The faithless are summoned to Germany for a cavernous worship.

LIHHAMON: German militant bestial horde will desecrate their own soil once again. Those who witnessed their violence in 2016 were left in awe, and now it’s your chance to bear witness to their atrocities!

XIBALBA: The true Xibalba cult will finally record their second opus of ancient Mayan black metal for NWN! later this year. The ancient Gods will rise again to claim what’s rightfully theirs. There is only one Xibalba!

DISHARMONY: Ancient masters of Hellenic black metal arose from the grave for their debut album on Iron Bonehead. This will be their first performance in Germany!

KAWIR: The gods of ancient Greek black metal will be making a special appearance on German soil. With a vast and uniformly amazing discography, this simply cannot be missed!

More to be announced soon!

Posted on March 30th, 2018
Written by Insulter
Filed under Uncategorized