(Description by J. Campbell)
With the untimely death of Andrija Veljaca in 2005, the legacy of Swedish metal pioneers Mercy was sealed and secured. Mercy are among those few bands which explored and conquered multiple styles of metal. Guided by Veljaca, the only consistent member of the band, Mercy began as a youthful, raging Heavy Metal outfit before shifting toward a heavier doom sound by the mid-1980s. Indeed, for many unfamiliar with Mercy’s early material, the band is most commonly associated with its doom-laden offerings, particularly the 1985 album “Witchburner” featuring Eddie “Messiah” Marcolin on vocals, who later achieved greater fame for his work with Candlemass. Mercy’s often overshadowed Heavy Metal-era deserves greater attention, however, and with this series of reissues, licensed from TPL records, NWN! honors the legacy of Veljaca and Mercy by making this material available again, most of which has not been repressed on vinyl since the 1980s. In addition, NWN! has endeavored to commit to vinyl demo material and other rarities that are out of print or have never previously been released on record. 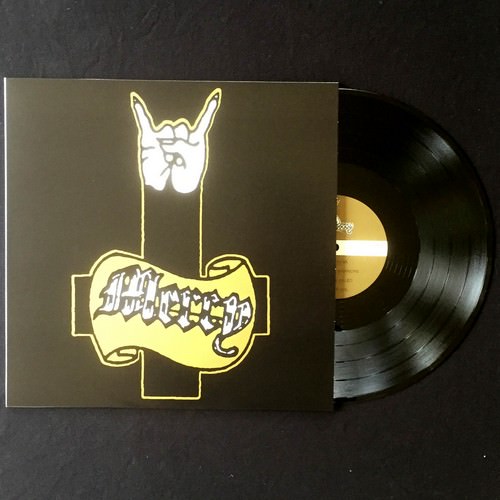 In the late 1970s and early 1980s, Sweden had one of the most fertile Heavy Metal scenes in the world. An unassuming 7” EP released in 1978 by the band Horoscope would prove to be a pivotal moment in the development of Sweden’s music scene, and notably it was due to the contribution of a non-Swedish member of the band. The two songs on the Horoscope EP, “Come to Me” and “Gryningen” are catchy but straightforward hard rock tracks; however, the record marked the first recorded appearance for Andrija Veljaca, the band’s singer and guitarist. Horoscope hailed from Sölvesborg, a tiny port town in the southern part of Sweden, but Veljaca was originally from Croatia and had only recently moved to Sweden. For the other members of Horoscope, that EP would be their first and last foray into hard rock or heavy metal music, but for Veljaca, it was just the beginning. By 1981, Veljaca fell in with members of a band called Turbo, who released a 7” EP called “Nattens Barn” the previous year. Turbo’s music was more visceral, fueled by angst and juvenile aggression. Veljaca joined the band following the departure of Turbo’s guitarist, Håkan Jacobsson, and they changed their name to Mercy. In 1981, the band entered Asarum’s Studio in Blekinge, Sweden and recorded a handful of tracks. Although the songs were occasionally used for demos, they remained essentially unreleased for the next two decades. In 1982, Mercy released its first vinyl record, a 12” MLP boldly titled “Swedish Metal.” The band, then operating as a trio consisting of “Andree” Veljaca on guitar and vocals, accompanied by Paul “Judas” Gustavsson on drums and Christian “Chris” Karlsson on bass, released the record on a label called Metal Shock—the only record the label ever put out. The five tracks on “Swedish Metal” are primal and impassioned; vigorous, raw Heavy Metal without refinement or finesse. Among the many phenomenal contemporaneous records released in Sweden around that time, “Swedish Metal” clearly stands out. This reissue marks the first time that this seminal recording has been made available on vinyl in over 35 years. Additionally, this reissue includes as bonus material the Session 1981 tracks that NWN! released as a 7” in 2007. 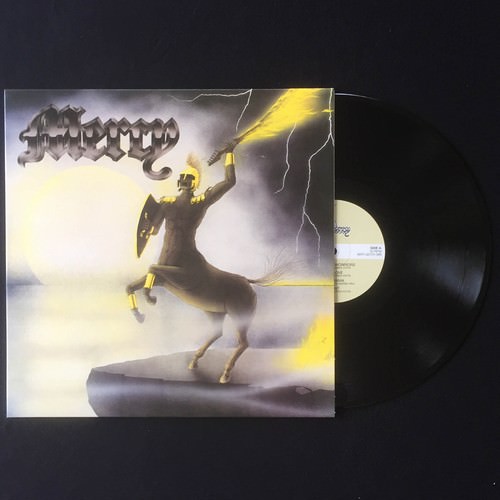 Having gained recognition with the release of the “Swedish Metal” MLP, Mercy played a number of live shows, including a fest appearance alongside other notable acts such as Hanoi Rocks and Tygers of Pan Tang, and made multiple radio and compilation appearances. By 1983, songwriter Andrija “Weechking” Veljaca set about writing new, more sophisticated material. Recognizing the need for a fuller sound, the band enlisted rhythm guitarist Magnus Klinto, and the four-piece band traveled to Stockholm where they entered the studio to record demo versions of four new songs. Although the Session 1983 tracks were not widely circulated, they showed maturation in terms of both the quality of the songwriting and the execution of the performance. On the strength of the demo, the band received the opportunity to record a full-length debut for the Swedish label Finger Print Records, and by January 1984, Mercy was scheduled to record at Decibel Studios in Stockholm, one of the most renowned studios in the country. Just before entering the studio, drummer Paul Gustavsson contacted Eddie “Messiah” Marcolin, offering him the opportunity to sing on the album. Marcolin, who was just 16 years old at the time, countered that he was primarily a drummer, not a singer, even though the young Marcolin’s vocal performances in other local bands had already garnered attention. When Marcolin asked if he could play drums as well, Gustavsson quickly responded that the drums were his domain and urged Marcolin to just focus on his singing. Two weeks after joining the band, Marcolin was in the studio recording vocals for Mercy’s self-titled album, although he took no part in writing the lyrics. Compared with the feral, street-fight sound of the “Swedish Metal” MLP, “Mercy” represented a more polished effort by the band. With the self-titled debut, Mercy firmly established itself as a major force in the Swedish Heavy Metal scene. It would prove to be the last Mercy recording to feature the classic Heavy Metal era lineup, however. By the time of the 1985 follow-up, “Witchburner,” Valjaca and Marcolin would reconstitute the band and enter into darker and doomier territory. This faithful reissue of Mercy’s legendary self-titled debut is the first vinyl edition since the original.

The final installment of this three-volume tribute to Mercy is a collection of rare tracks, most of which have never before been released on vinyl. Showcased on side A of the LP are the Session 1983 tracks recorded just prior to the recruitment of Eddie “Messiah” Marcolin on vocals. Of the four tracks, two of them (“Metal Mania” and “Heavy Metal Warriors”) were re-recorded with Marcolin and included on the self-titled debut LP. The other two songs recorded during the 1983 session—“Kill or Be Killed” and “Ruler of Evil”—were never re-recorded or featured in the band’s catalog. As the last recordings before the addition of Marcolin, these tracks are of special significance because they were the last recordings by the original Mercy lineup led by Andrija Veljaca on guitars and vocals with Paul “Judas” Gustavsson on drums and Christian “Chris” Karlsson on bass. These demo recordings are unbridled, stripped down, and forceful. This Heavy Metal-era lineup is often overshadowed by the subsequent Doom-era, largely because of Marcolin’s later fame with Candlemass, but in the context of FWOSHM, the Mercy recordings are legendary, and this compilation marks the first vinyl appearance of the Session 1983 recordings. The second side of this LP features Marcolin’s last session with Mercy. After “Witchburner,” Mercy entered the studio again to record two songs, the fervent anthem, “Bangers of Destruction,” and the Doom masterpiece, “Black Death.” These versions of the songs remained unreleased until 2003, shortly before Veljaca’s death, when Stormbringer Productions pressed them in a limited quantity on picture disc format. This reissue marks the first time these tracks have been presented in a standard vinyl edition. In addition, the sound has been improved for this release. Although “Bangers of Destruction” was previously remastered for a compilation (which never actually came out), the sound quality of “Black Death” remained poor. NWN! had the track remastered especially for this edition to reduce the distortion and other elements that previously compromised the integrity of the recording.

Die Hard Version is available as a set of all three LPs on colored vinyl. 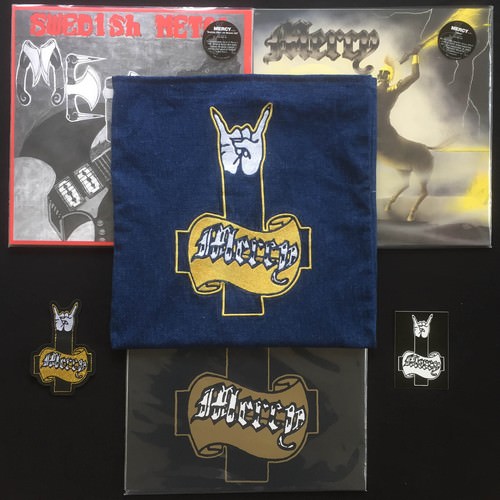 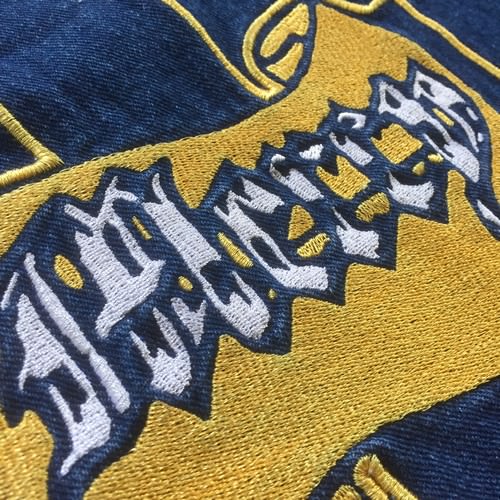 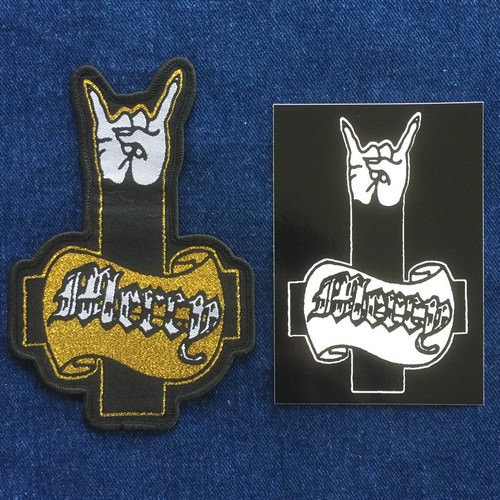 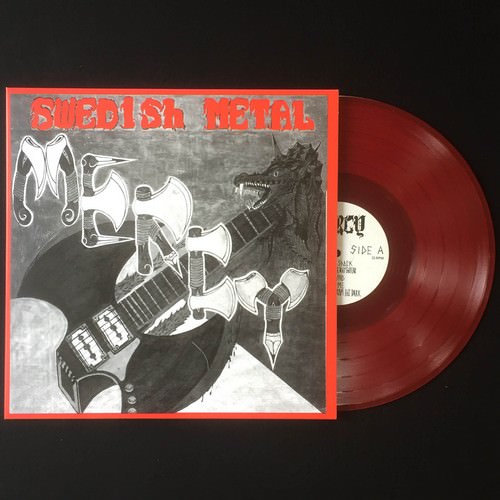 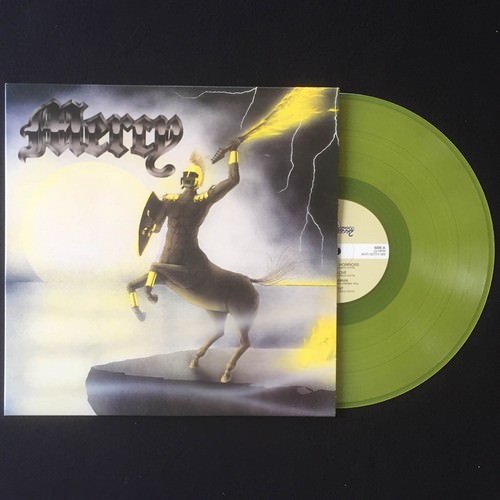 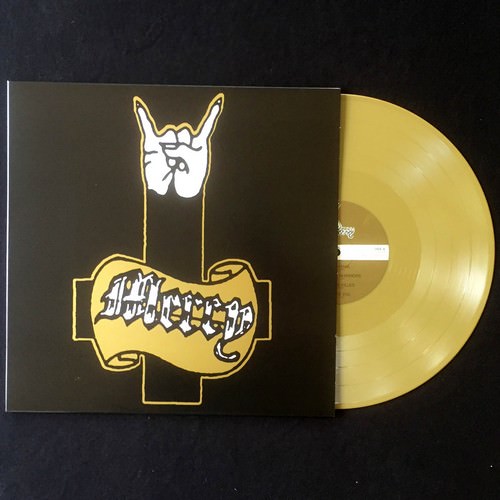 Posted on May 17th, 2018
Written by Insulter
Filed under Uncategorized