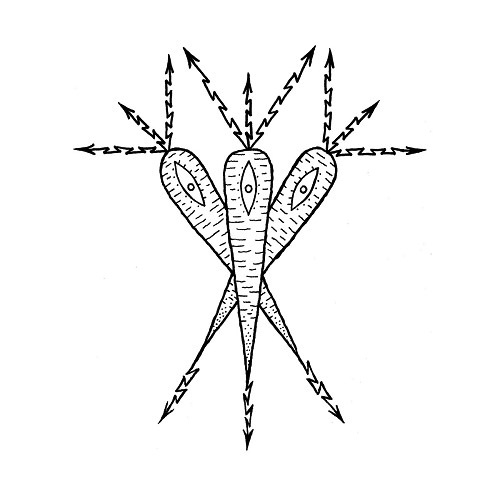 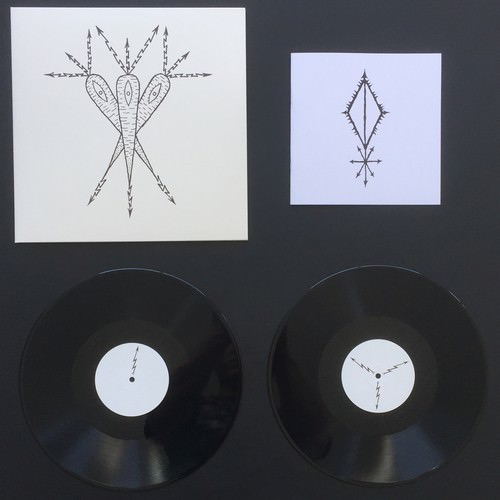 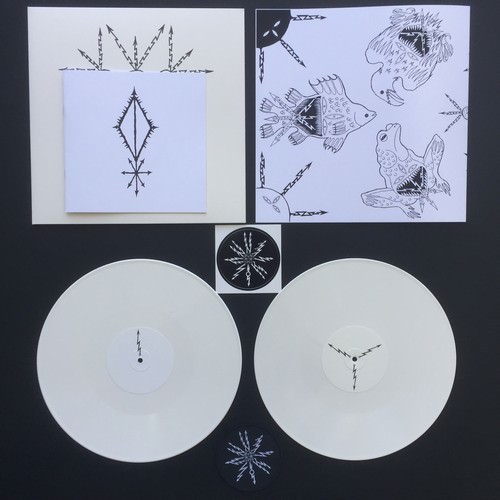 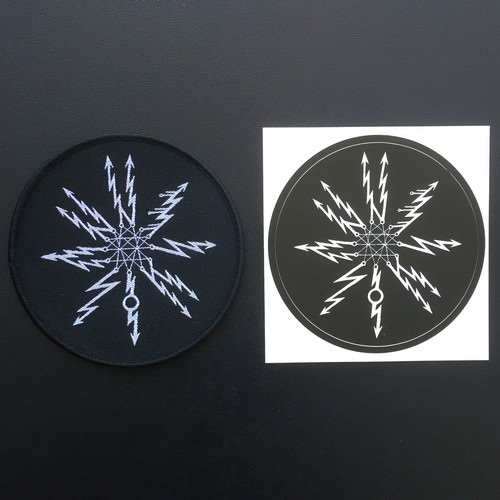 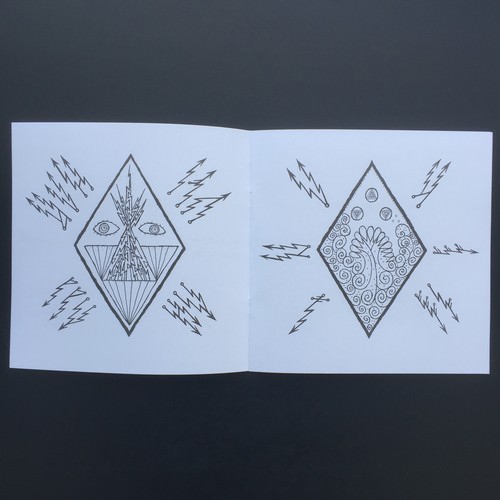 (Description by J. Campbell)
Active since 2010, Finland’s Oksennus have already produced a staggering body of work. Through a series of demos and full-length cassette releases, the band painstakingly carved out a place in the underground landscape that has been largely untouched and uncorrupted. Stylistically eccentric, Oksennus’ music is a controlled departure from the constraints of genre, and, yet, the band nevertheless remains properly steeped in tradition. With this new album, Oksennus’ ambitious tendencies are on prominent display. “Kolme Toista” is as bold an artistic proclamation as one could expect in metal without stretching the fabric of the genre so thin as to leave it threadbare. With nearly a decade of work behind them, the members of Oksennus are proficient and meticulous about the presentation of their ideas, and this album showcases the merit in their approach. As with all of Oksennus’ work, the album cover features the austere and abstract style of illustration that is an aesthetic hallmark of the band’s vision. The album’s title means “Three Others,” but, in Finnish, it is also a play on words, simultaneously evoking the number “thirteen” (“kolmetoista”). Intentionality and purpose characterize every aspect of this release, and the wordplay of the title is no exception. The album consists of a single 39-minute composition, broken into three 13-minute movements, seamlessly woven together, guiding the listener through a sprawling array of mercurial states of consciousness, calling to mind the complex compositions by fellow NWN! act Chaos Echoes. The album begins joltingly—a frenzy of ecstatic guitars, cycling and clashing, order and chaos held in restrained and tenuous equipoise. The drums and bass, active and aggressive, accentuate the commotion while providing musculature for the composition, as the vocals call out above the fray, invocations of of dark intent. It is disorienting—a warped, whirling, death dervish hymn. As the first movement ends, the compositional filaments become increasingly unraveled, the elements broken down, splayed, ripe for examination. The second movement is more unified; almost hypnotic, but melodically complex. Notes contrast and collide, and although the passage is rhythmically consistent, the sequences of melody never quite repeat. The track slows to near stasis, like atoms as liquid freezes to solid. At the 26-minute mark, the track erupts into unbounded territory. Vocals spill over the mix, summoning and directing the music, which is increasingly freeform as the final movement gets under way. The vocals die out, and the drums dominate the track, with the guitars receding, forming a roiling undercurrent of distortion. Extraneous sounds produced by an array of sources, including a number of unusual instruments (piano, trumpet, accordion, harmonica, kantele) emerge to fill the space and lull the listener into a nearly transcendental state as the third movement winds down. Before the album ends, however, the blissful cacophony of the third movement is interrupted by the same frenetic force with which the album began. Indeed, the same drum pattern that opens “Kolme Toista” recurs to provide the foundation for the confounding mania of the final minute of the track before suddenly disintegrating into the welcome serenity of silence.

Posted on May 9th, 2018
Written by Insulter
Filed under Uncategorized