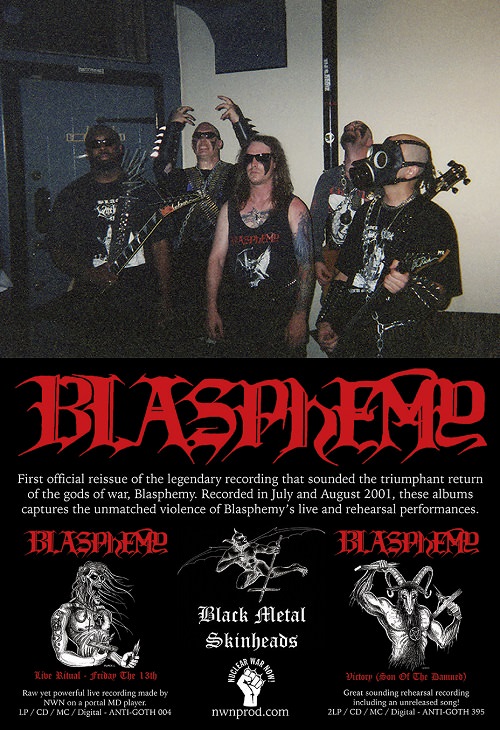 First official reissue of the legendary recording that sounded the triumphant return of the gods of war, Blasphemy. Recorded in July and August 2001, these albums capture the unmatched violence of Blasphemy’s live and rehearsal performances.

July 13, 2001 marked Blasphemy’s third live ritual following a six-year torpor. The performance was part of a fest that took place in Burnaby, BC, just east of Vancouver. I still recall the moment The Desecraters took the stage, opening their set with “War Command”:

Posted on April 13th, 2018
Written by Insulter
Filed under Uncategorized