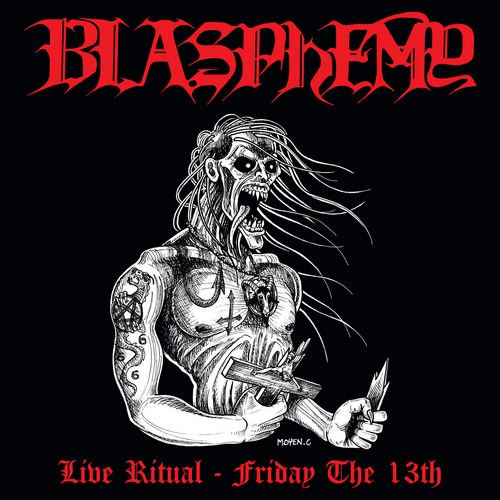 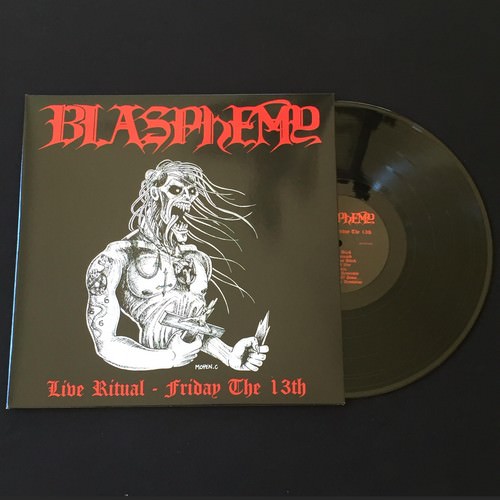 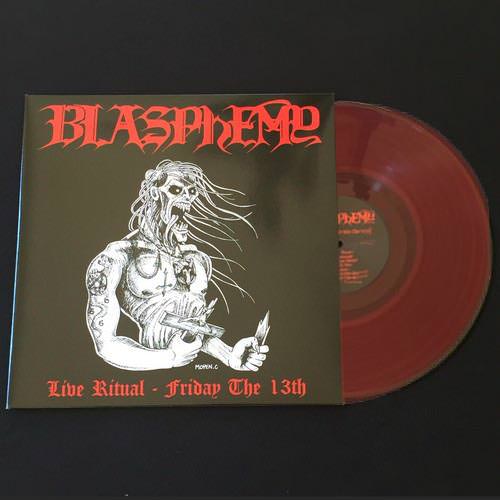 Double sided A2 poster for all versions: 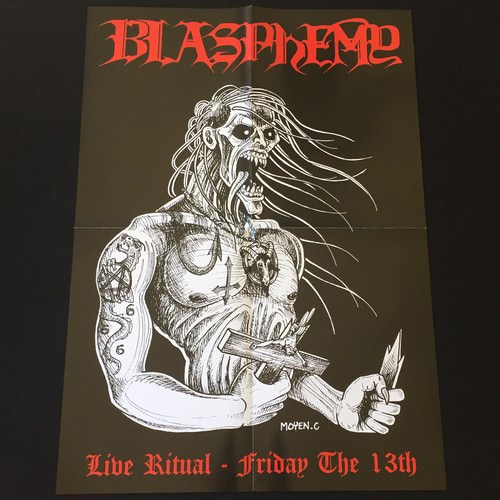 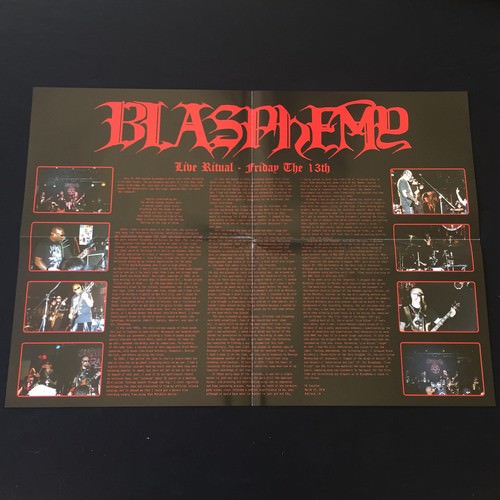 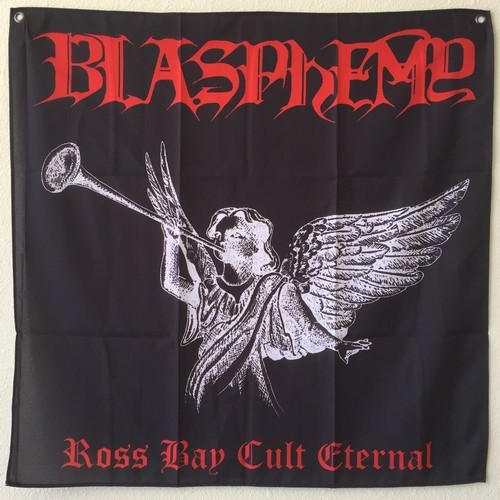 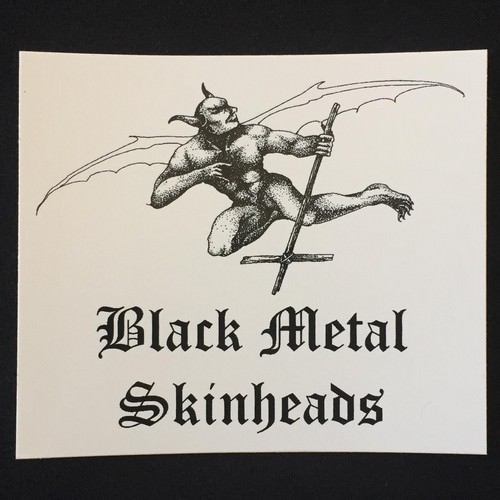 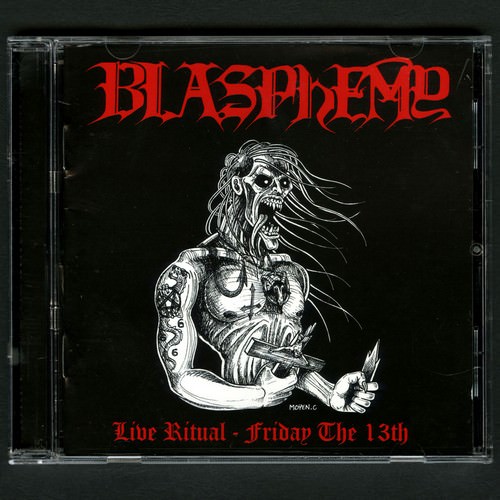 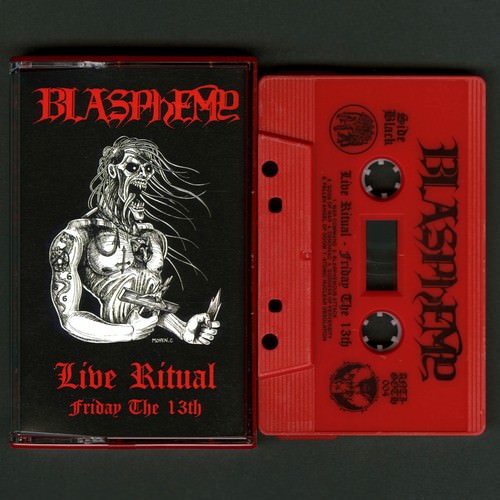 (Description by C. Conrad)
Throughout the label’s existence, Blasphemy has stood as a cornerstone in the foundation of Nuclear War Now! Productions. In fact, the band played a defining role in YK Insulter’s decision to make the label a serious endeavor, which has led to NWN’s productive output since its inception. Specifically, it was YK’s pilgrimage to Blasphemy’s live gig on July 31st, 2001 that cemented the label’s future direction. The impetus behind this voyage had actually occurred almost a decade earlier, sometime in 1993, when he was first exposed to the irreplicable brand of violent, bestial black metal epitomized by the band’s legendary “Fallen Angel of Doom….” album. Hearing this recording on a car ride to a Carcass concert in Washington D.C. that year ignited YK’s ensuing reverence for the band and others of a similar ilk. Six years later, when it was announced that Blasphemy would return to the stage in the summer of 2000 for the first time since 1994, life circumstances prevented YK from travelling to witness these atrocities. Nevertheless, when two additional shows were announced the following year, a high level of dedication combined with a dose of fortuitous luck resulted in his opportunity to attend and capture one of these shows on a digital MiniDisc recorder that had been gifted to him by an uncle. Although he had been given approval by Ryan Förster (aka DeathLord of Abomination & War Apocalypse) to record the event, it was not until after the gig that he obtained permission from Black Winds and Caller of the Storms to release the recording on LP format. The consequent “Live Ritual – Friday the 13th” LP thus became the first vinyl LP in what has since become Nuclear War Now!’s extensive discography. Originally a joint release with War Hammer Records, 666 copies of “Live Ritual” were pressed, with 100 on red vinyl, which would serve as the primary component in a more limited die-hard edition that also included, among other exclusive items, a CDR of a Blasphemy rehearsal that took place later that summer. Approximately seventeen years and several hundred other releases later, “Live Ritual” has become one of the rarest and most sought-after of all NWN releases, and so the time has come for a repress of this historic album. The audio has undergone an additional round of mastering at the hands of James Plotkin to remove the distracting preamble and improve the overall sound. The layout has also been updated to include a more extensive description of events that led to the recording as well as many photos from the gig. In addition to the regular and die-hard LP editions, it is also being made available on both CD and cassette in order to satisfy demand in all forms for this important document. While Nuclear War Now! has continued to evolve from its humble beginnings to its current state, “Live Ritual – Friday the 13th” will always represent the enduring essence of the label, and therefore it is truly fitting that it once again see the dark of night. 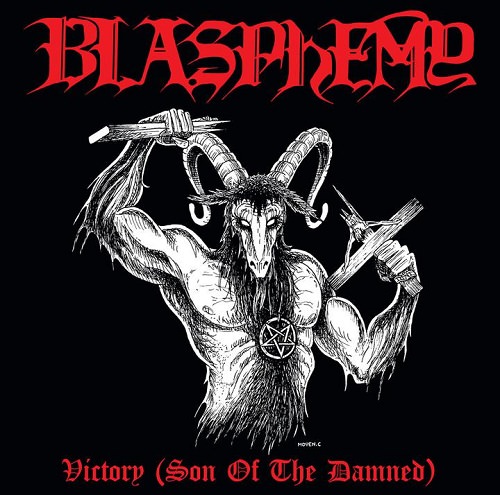 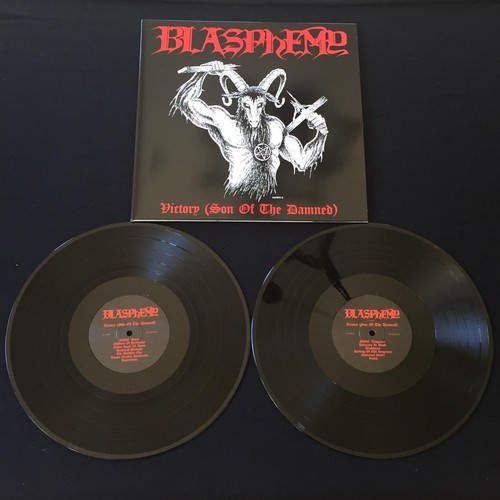 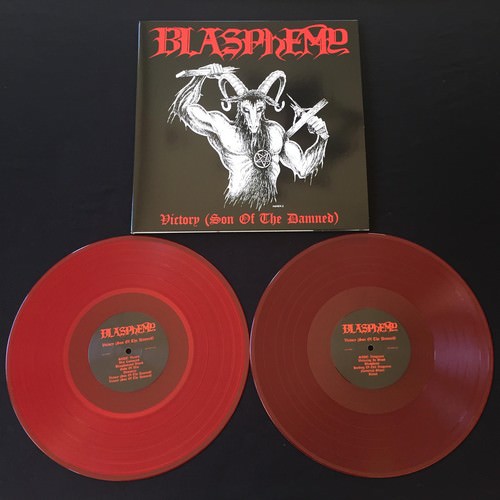 A2 poster for all versions: 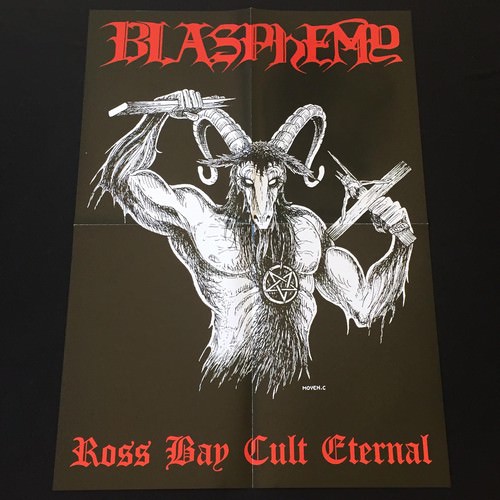 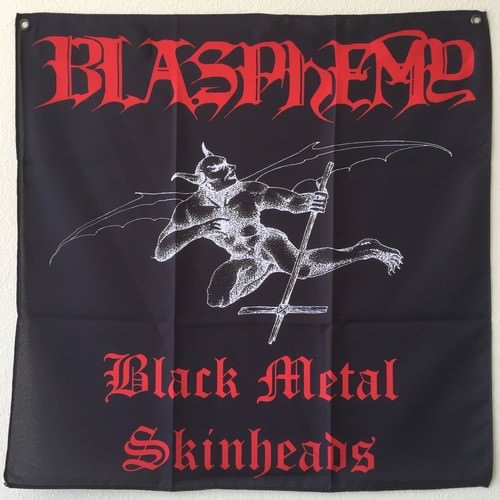 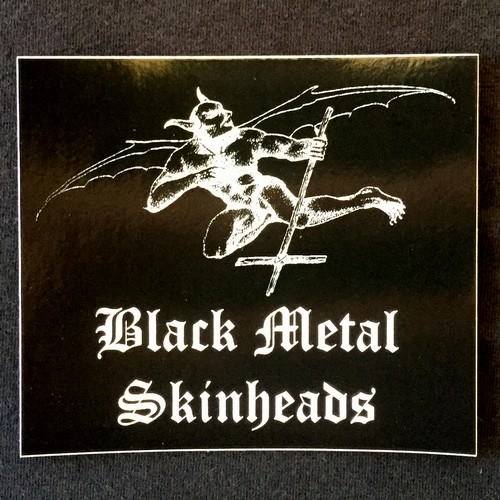 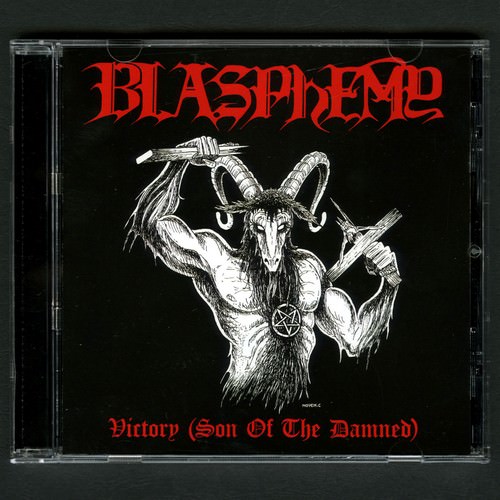 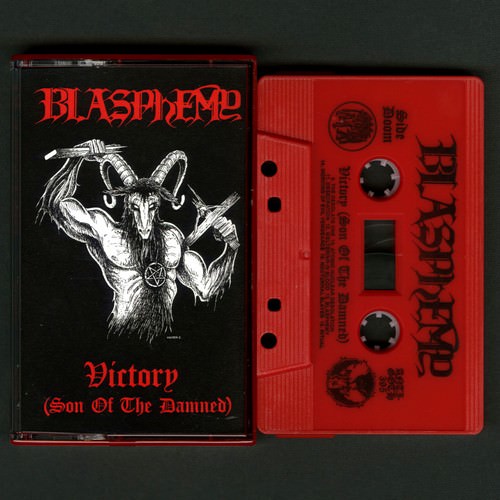 (Description by C. Conrad)
In 2018, it has been approximately eighteen years since Blasphemy returned from a six-year hiatus to perform two series of live rituals – first, in July and August of 2000 and again the following summer. Although it was not known at the time, these gigs proved to be significant in the fact that they would be the last for another eight years. One of these historic shows, on July 13, 2001, was attended and recorded by YK Insulter, and this recording was later released that same year on his fledgling label, Nuclear War Now! Productions, under the title “Live Ritual – Friday the 13th.” A limited die-hard edition was pressed on red vinyl and also included, most notably, a CDR of a rehearsal that the band performed about one month later in preparation for their gig at the Anza Club in Vancouver on August 29th. After having recorded the “Live Ritual” performance in July, YK shipped the very same MiniDisc recorder used for that event to Ryan Förster (aka DeathLord of Abomination & War Apocalypse), along with instructions on how to use it. The aforementioned rehearsal session took place in the basement of then-bassist Bestial Saviour of the Undead Legions, and Förster captured the event by placing the MiniDisc recorder on the top of a washing machine in the room. Given the circumstances, one might erroneously assume the resulting audio quality to be inferior. On the contrary, the audio turned out to be compellingly good and thus worthy of its own release. Each instrument, including the vocals, is clearly and distinctly audible and appropriately mixed with respect to the others. Nuclear War Now! is thus proud to present this rehearsal recording for the first time as a standalone edition on double-LP, CD, and cassette formats. What makes this release particularly unique is the first-time inclusion of the track “Victory (Son of the Damned),” from which the rehearsal now derives its name. In fact, the track is included in two consecutive iterations, as it was played back-to-back during the session in preparation for the song’s live debut at the following Anza Club gig. Another feature of this recording that makes it covetable is the between-song banter among the band and guests alike, including members of Black Witchery, who attended the rehearsal. Given the length of the session, the newly-mastered audio of the vinyl version comprises the first three sides of the DLP, and the fourth boasts a blasphemous etching. Though debate continues to this day as to which – between “Fallen Angel of Doom….” and the “Blood Upon the Altar” demo – represents the most essential Blasphemy recording, “Victory (Son of the Damned)” promises to hold its own place atop the mantle of bestial black metal history as a snapshot in time of the world’s most notorious black metal band.

Posted on July 20th, 2018
Written by Insulter
Filed under Uncategorized