Sissy Spacek “Ways of Confusion” LP and TS Out Now 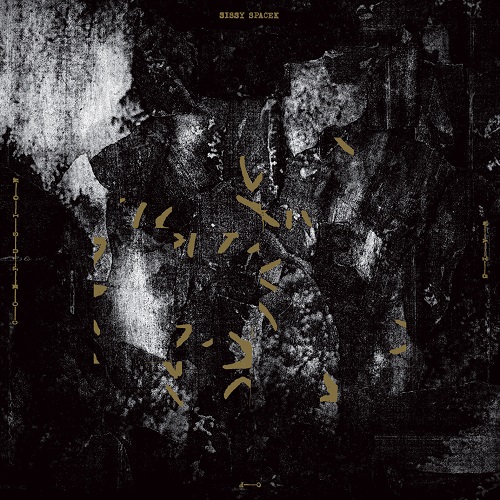 T Shirts are printed on Gildan brand shirts with discharge and aqueous ink. Available in sizes S to XXL while supply lasts. Printed by Inferno Screen Printing from NOLA. 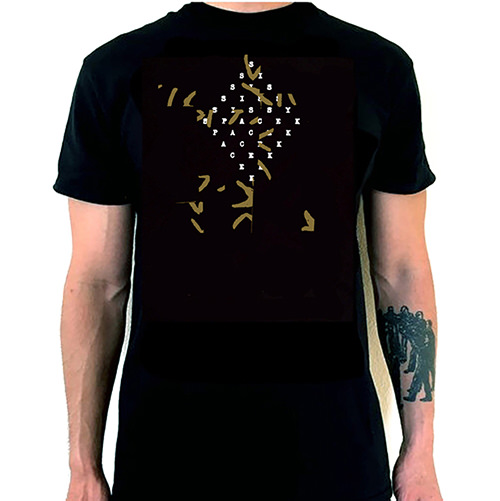 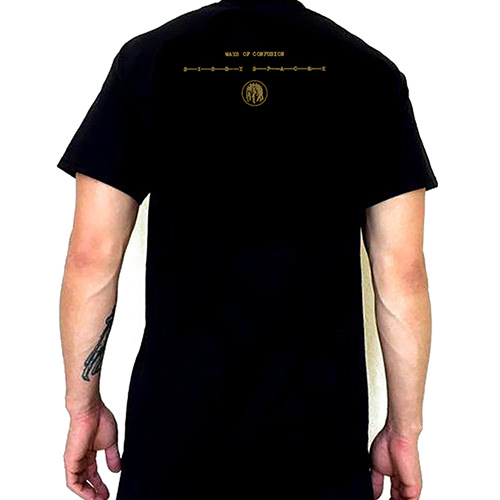 (Description by C. Conrad)
Although Nuclear War Now! is primarily known for its output of black and death metal, as well as thrash and doom to a somewhat lesser extent, the label has on occasion ventured outside of this tendency when something particularly worthy has caught its ear. Such is the case with its release of Sissy Spacek’s “Ways of Confusion,” an album comprised of thirty-nine tracks of savage, unrelenting grindcore/noisecore, which serves as the follow-up to 2016’s “Disfathom.” The band’s current composition includes two members, John Wiese and Charlie Mumma, whose combined history boasts an impressive level of involvement in grindcore, noise, metal, and other related genres. Along with being the founder of Sissy Spacek, Wiese (bass/electronics/vocals) has performed and collaborated consistently across the American and international underground. Mumma (drums/vocals) was previously linked with NWN! as the drummer and a vocalist for Knelt Rote on its 2010 album, “Insignificant,” and its brilliant 2012 follow-up, “Trespass.” This duo’s collective breadth and depth of experience now manifests itself in Sissy Spacek´s thirtieth full-length album (depending on how you count), which is hereby released in the 20th anniversary year of the band´s prolific existence. Whereas many of the uninitiated would consider such an extensive discography a daunting task to investigate, there is no better point of departure than the present in this case. “Ways of Confusion” embodies all that makes grindcore and its related offshoots some of the most powerful forms of extreme music. In its essence, it is most dependent on and driven by its merciless attack. Indeed, on “Ways of Confusion,” there are no slow dirges, no mid-tempo reprieves, and no breakdowns. Instead, the assault-rifle-style velocity is only exacerbated by the precise starts and stops that punctuate each syncopated track. Meanwhile, the bass churns along at the same blistering pace as the drums, and the harsh electronic noise interspersed throughout creates a jolting, unsettling effect that blurs the line between extreme music and organized chaos. This maelstrom is even further accentuated by the agonizing vocals, which often alternate between or are counterpointed as high-pitched wails and low-frequency growls. For those who are willing and able to subject themselves to such atrocities in a live setting, Sissy Spacek has planned to tour both the U.S. in August and Japan in September, in celebration of its twentieth anniversary and in support of the album. For those who long for their own ruin but are unable or simply unwilling to undergo such a complete, self-imposed sentence of annihilation, “Ways of Confusion” will instead serve as the perfect intermediary solution.

Posted on August 1st, 2018
Written by Insulter
Filed under Uncategorized